What are you watching?

I saw The Predator last night, I thought it was a complete and utter letdown. I can't tell you how much I wanted this to be good, but it wasn't. Sure, it has its moments, but the plot is a discombobulated mess and shrouded in quirky dialog and really bad humor (though there were a few jokes that got a chuckle out of my theater). I also get the feeling that whatever "fun" it did provide probably wouldn't hold up on a home video release similar to T3. I thought it was a "fun" movie in the theater, then the pacing issues were exposed once I saw it again on home video since everything looks better on the big screen.

Ferdinand. This is actually extremely dark.

The Texas Chain Saw Massacre, in 4K. Still one of my favourite grindhouse type movies, and not nearly as much blood as you would expect from the title, or from its legacy. It's got a pretty small bodycount (and only one chainsaw death), and relies mostly on the power of suggestion and pure intensity alone for its scares. Being filmed on 16mm also gives the movie nice grainy, gritty image. 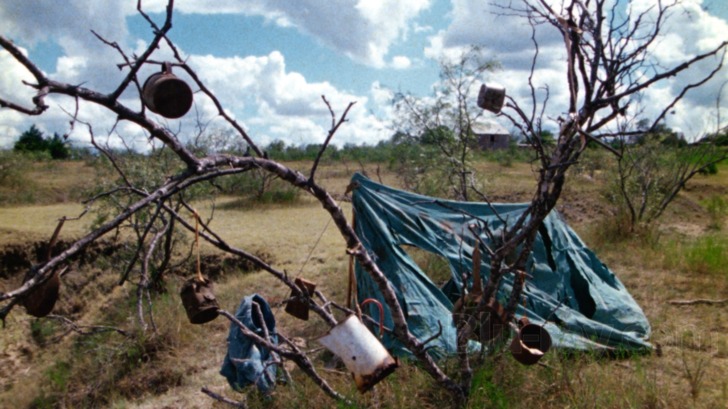 I read a few reviews that mentioned how disturbing this movie is to watch but god dang... it’s very unsettling with a lot of intensely emotional scenes. That ending is also stuff that nightmares are made of. It’s got me looking over my shoulder whenever I’m laying in bed now.
Likes: KManX89

I just saw Venom, it was alright. The plot was kinda a mess and slow at the beginning, but it picked up in the second half with some nice humor to boot. Definitely nowhere near as bad as critics are saying, but also not great.


if they pull that PG-13 crap with the Carnage sequel, I'm gonna have a big problem. That's like making a Teen-rated Deadpool game FFS.

I just watched the new Halloween, loved it. It was easily better than the Rob Zombie Halloween movies and the retconned sequels to the original, though I don't like how Laurie and Michael are no longer siblings, it kinda lessens the whole ordeal with Michael Myers. I must say: for a 70-year-old man, he can still take and give hits like a champ!

I also just finished The Haunting of Hill House on Netflix. If you haven't seen it yet, I highly suggest you do, it's a great series full of surprises and suspenseful moments. I'm in the middle of binge-watching season 3 of DareDevil, which I'm also really enjoying. It starts slow, but when it picks up, it really hits it out of the park. I'm currently on E4 and I'm really interested to see where this goes now that Wilson Fisk/Kingpin is out of prison.

I recently finished season 1 of My Hero Academia. I'm late to that party, but I'm not that big of an anime watcher. But its fun

Went to the cinema today to see the new Halloween, was surprisingly good, and really enjoyed how they flipped the script and had Michael as the “prey” and I’ve also really gotten into the new Netflix Sabrina series. Hugely different to the old series, so much darker

Rewatching Cloverfield again, still as good as I remember even though I've had to have seen it like a dozen times by now. To this day, I wish we'd finally get a TRUE follow-up to the first movie that actually follows the whereabouts of the Clover monster (which I believe there is a fourth one being made).

Saw Battle Royale. it was good. not what i expected to be. but good

Just saw that Detective Pikachu trailer. Maybe I'm crazy or maybe Ryan Reynolds is just that good in everything he does, but I really hyped to see it

Divergent. I love that trilogy - but the love story is boring as hell.

On Thursday night I went to the midnight showing of Fantastic Beasts: The Crimes of Grindelwald. I loved the movie but I do have some serious reservations for what this movie means for the franchise. I also think there was a definite change in tone too, which I'm not sure if I loved or hated.

The only problem with being one of the first to see something is that you can't discuss anything with anyone because of spoilers. :P

Lithium said:
Divergent. I love that trilogy - but the love story is boring as hell.
Click to expand...
Those movies were okay, but it annoyed me how much they changed the plot. I loved the first two books, hated the third. The third was probably one of the worst books I've ever read - probably the only worst one I think I've unfortunately read is Fifty Shades of Grey. :P

Jen said:
Those movies were okay, but it annoyed me how much they changed the plot. I loved the first two books, hated the third. The third was probably one of the worst books I've ever read - probably the only worst one I think I've unfortunately read is Fifty Shades of Grey. :P
Click to expand...
Yeah, I'm currently reading Insurgent and I'm shocked about how much they changed it! Divergent, the first, was quite close to its book, but the second?
Allegiant is that bad? Damn, I was looking forward to the conclusion, since they never finished the movies....

I just saw Creed II last night, I LOVED it, maybe moreso than the original. The fight scenes I thought were better in this one, which is really saying a lot because I didn't think it'd be possible to get me more pumped up during a fight scene than I was during the Conlan-Creed fight at the end of the first movie, but man, this film did it. It also has better montages than the first movie. Even the villain, Victor Drago (Ivan Drago's son) is very likable and sympathetic given the background of the two characters, you have a hard time deciding who to root for by the end of it. The whole Creed rewriting history and avenging his father vs. Drago restoring his family's honor angle was done exceptionally well and made an already great film even better IMO. I actually heard a few people in the theater say they were rooting for Drago.

Watching The Phantom of the Opera at the Royal Albert Hall. I've never managed to see the 25th anniversary edition and was lucky enough to catch an advertisement for it on a TV channel. I've recorded it and I'm now going to enjoy it this evening.

I just saw Bumblebee last Friday and, for how much I loathed the Bay-directed films (except the first one, which Spielberg reigned in on and was largely hands-off for the sequels), I came out actually rather enjoying this one (shocker, I know). We FINALLY get a good Transformers movie that actually focuses on the f*cking Transformers (!) and not the obnoxious humans nobody gives a sh!t about and a coherent plot with none of the toilet/racist/sexist humor we've come to expect from earlier films with well-shot action scenes where you can actually see what's happening to boot, you know, like we've been asking for for the last 10 years. Unfortunately, the box office numbers aren't looking good and it may all be for naught because of all the bad stigma from the garbage Bay-directed films before it.

I just watched Mid90s. I would say I'm a product of the 90s and was big into skateboarding, hip hop music and was a mischievous teen back then so this film was a must watch for me. I enjoyed it for the most part. Would probably rate it 8/10. If any of you guys are at least mid 30s and were into skateboarding at some point in your life you'd probably enjoy it.